His energetic spirit and a strong sense of dedication to the founding of the Brothers inspired many. By profession, he was a computer programmer specializing in complex databases. In 1980, he co-founded Synergic Systems, a Franciscan consulting service.

Since his death, the Franciscan Sisters and Brothers of the Eucharist have dedicated a portion of land to his memory, naming it the “Brother Angelo Sanctuary.” The photo above was taken in the now-named Sanctuary and is on a bronze plaque at the entrance. A stone wall lining one side of the sanctuary was restored and is dedicated to Brother Angelo’s memory, a fitting memorial for a strong founder.

The following obituary was published at the time of his death: 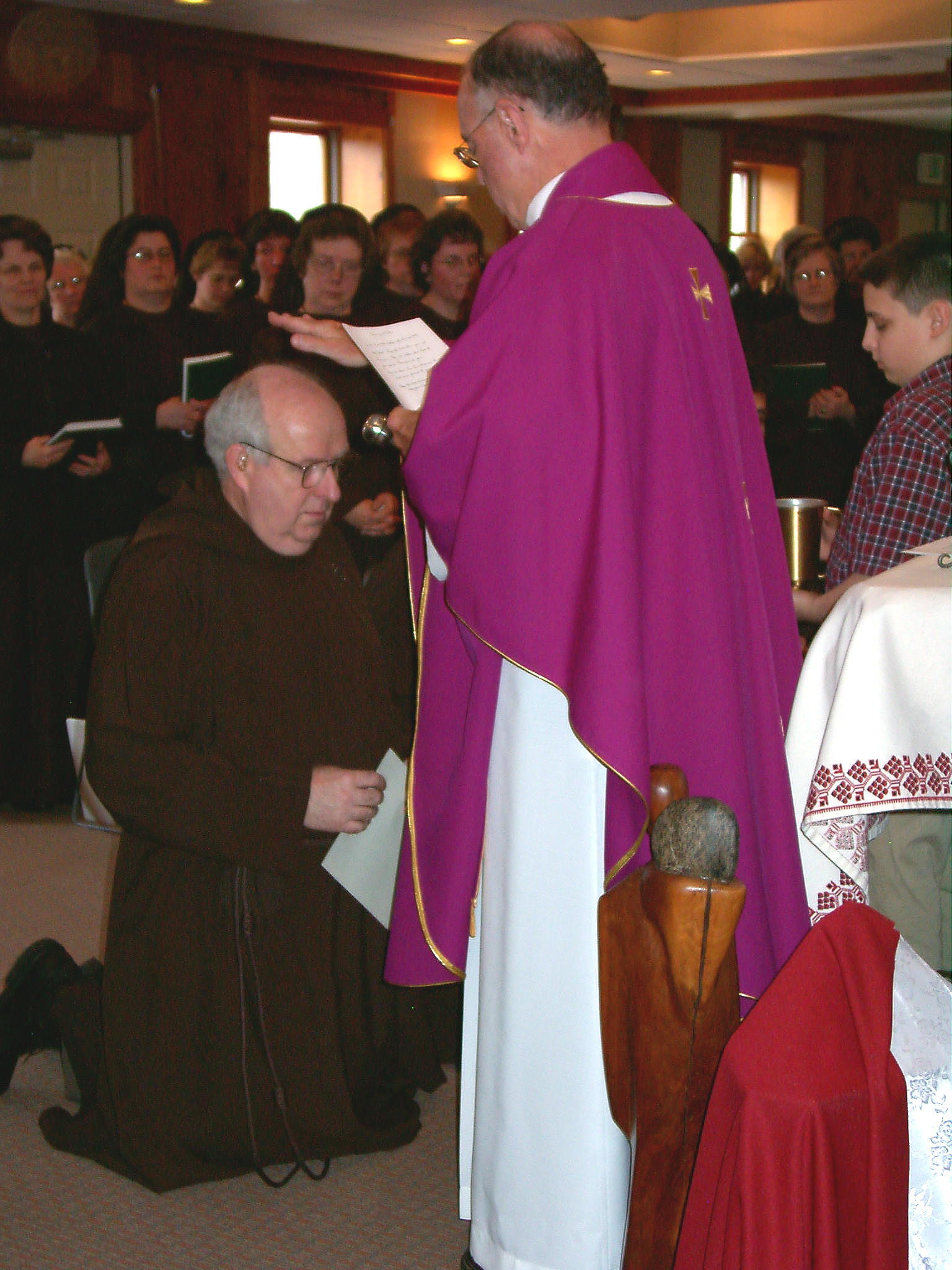 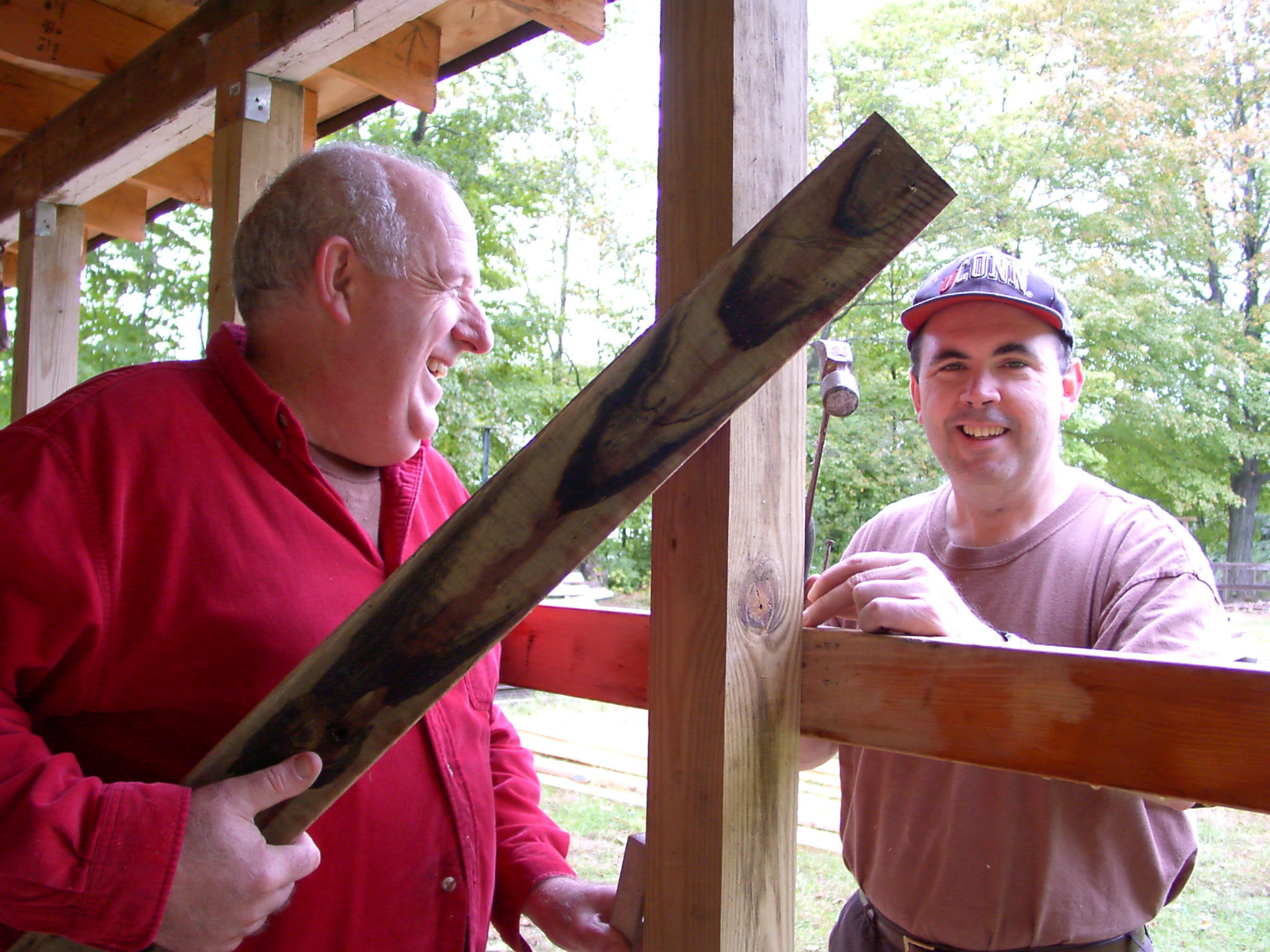 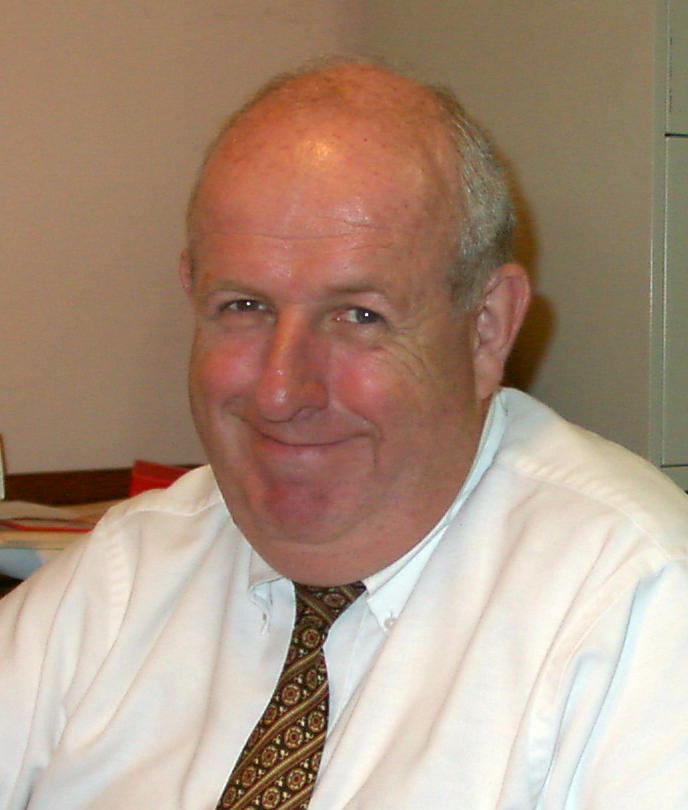 Founding Brother of the Franciscan Brothers of the Eucharist dies unexpectedly

MERIDEN, CT (April 2, 2004) – Brother Angelo (Thomas A.) Elliott, a founder of the Franciscan Brothers of the Eucharist, died unexpectedly Friday, April 2, 2004, while cheerfully and energetically engaged in a computer update project at the Franciscan Sisters of the Eucharist’s campus on Finch Avenue in Meriden. Known for his relentless enthusiasm and undaunted motivation to accomplish any mission placed before him, Brother Angelo’s leadership, his spirited approach to life, and his brotherly kindness will be greatly missed in the community. All Franciscan Sisters of the Eucharist throughout the world, and his Franciscan Brothers deeply mourn his death.

Thomas A. Elliott was born April 9, 1946 in Detroit, Michigan, to the late Mr. Ernest Elliott and his wife, Mrs. May Mitchell Elliott, now of Allen Park, Michigan. He had one sister and nine brothers, two of whom predeceased him. He attended high school at St. Joseph Seminary in Edgerton, Wisconsin, and was graduated from Catholic Central High in Detroit. He was named to the All-Star State basketball team for his school’s division in Wisconsin. He obtained a Bachelor of Science degree in mathematics and physics and a Bachelor of Education degree from the University of Windsor. While attending the University of Windsor, he played forward on the university’s basketball team that won the Canadian national championship. He earned Master of Arts degrees in mathematics from the University of Washington in Seattle and from Central Michigan University. He taught first grade as a Peace Corps volunteer in Guyana from 1968 -1970. He taught mathematics, physics and computer programming at Riverside High School, Riverside, Ontario, and Sacred Heart Academy, Mt. Pleasant, Michigan, where he was the head of the math department and also the athletic director.

Mr. Elliott entered the Franciscan Sisters of the Eucharist Apprentice Program for lay people in 1978 on Shaw Island, Washington. In 1980 he founded Synergic Systems, a systems consulting business, as an outward mission of Franciscan spirituality. During the founding years of Synergic Systems, he also gained experience working in senior positions in Connecticut and New York firms. As Senior Consultant of Synergic Systems, Mr. Elliott specialized in complex database programming and was responsible for network systems, and a variety of innovative technology projects. His breadth of experience and enthusiasm for helping others through the medium of computer technology equipped him to take on ever new and more challenging projects for clients.

In his growing desire to become a religious brother, he worked closely with the Franciscan Sisters of the Eucharist and the Basilian Fathers of Connecticut. As a religious brother, he was known as Brother Angelo. His dream of founding an order of Brothers in relation to the Franciscan Sisters was realized when, on December 23, 2002, Mother Rosemae Pender, Mother General, received from the Archbishop of Hartford the decree establishing the Franciscan Brothers of the Eucharist.